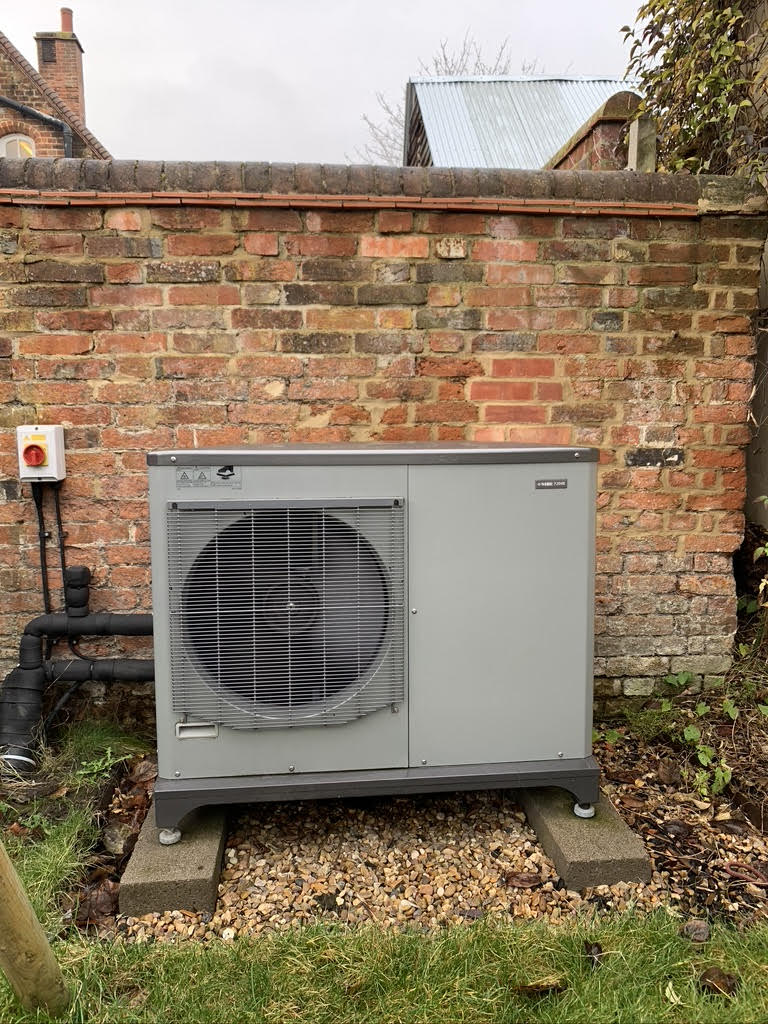 Should you wait to install your heat pump or go ahead now?

The long-awaited Heat and Buildings Strategy was just published to a good deal of media coverage, mainly focusing on the boiler replacement grants of £5,000 coming into play next year.  This is welcome news as it will undoubtedly remove a barrier for
Our service, Retrofit measures, Retrofit news
Retrofit News 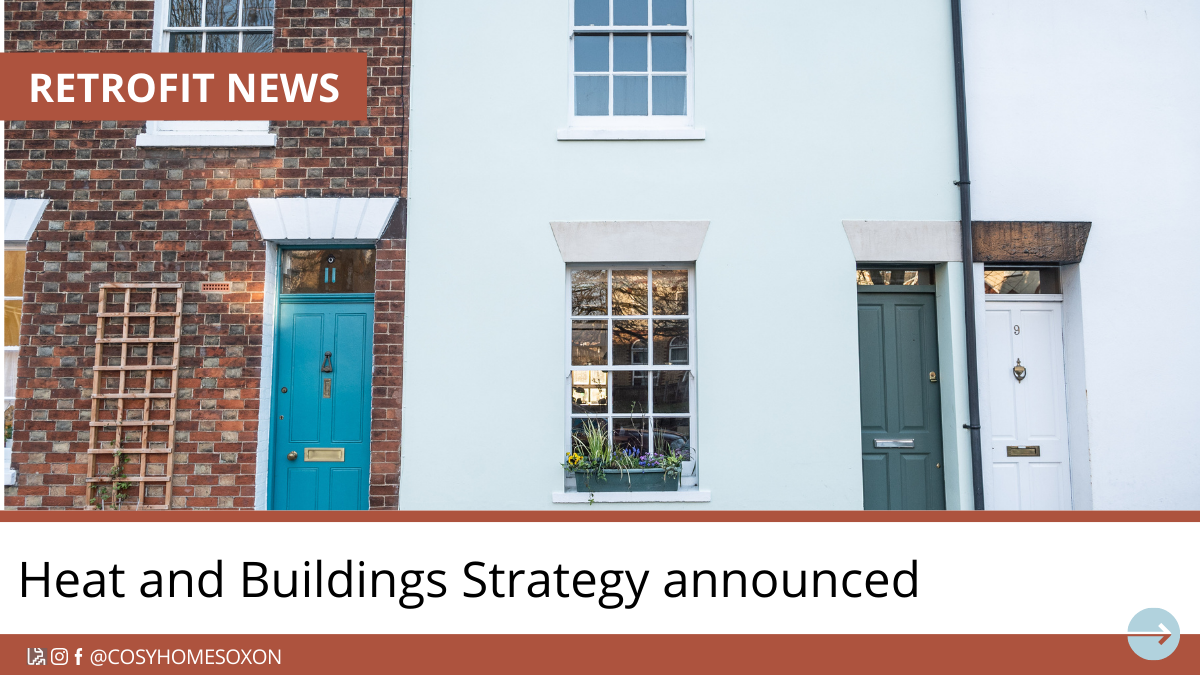 Last night (18 October) the government announced the key elements that will feature in its long-awaited Heat and Buildings Strategy.  The key elements of the strategy are:  Plans to drive down the cost of low carbon heating technologies, such as
Retrofit news
Retrofit News 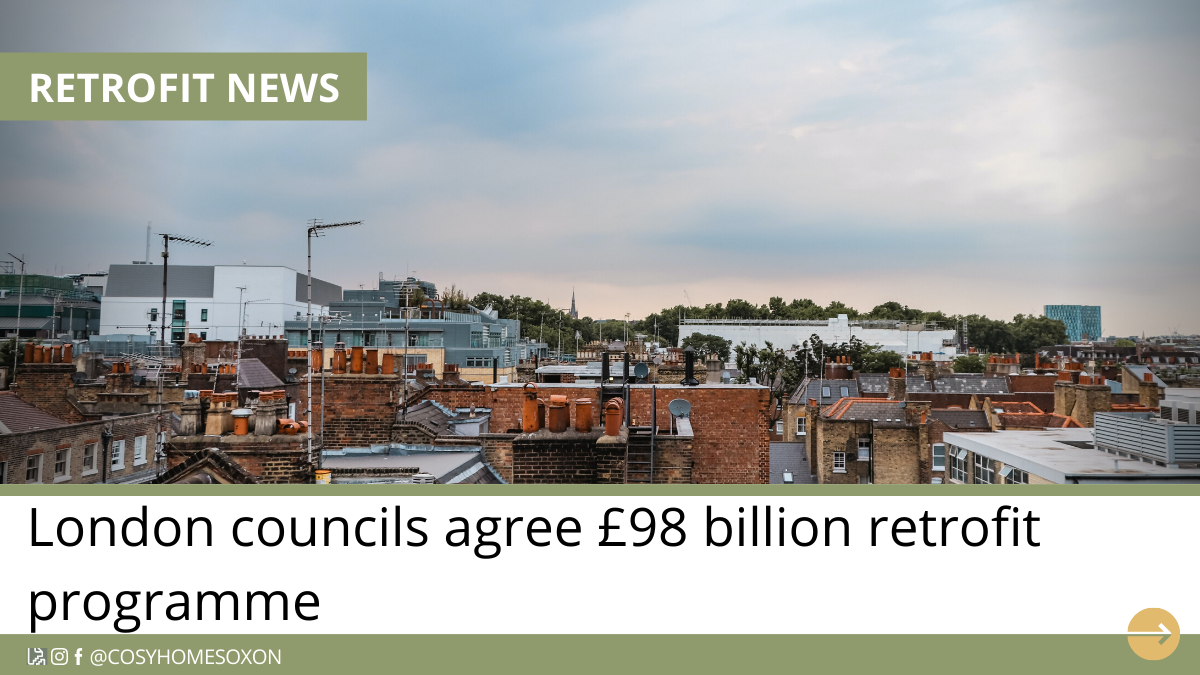 Local authorities in London have agreed a plan to achieve net zero by retrofitting 3.8 million homes in the capital. The cost of achieving this will be £98 billion and is though to support 200,000
Retrofit news
Retrofit News 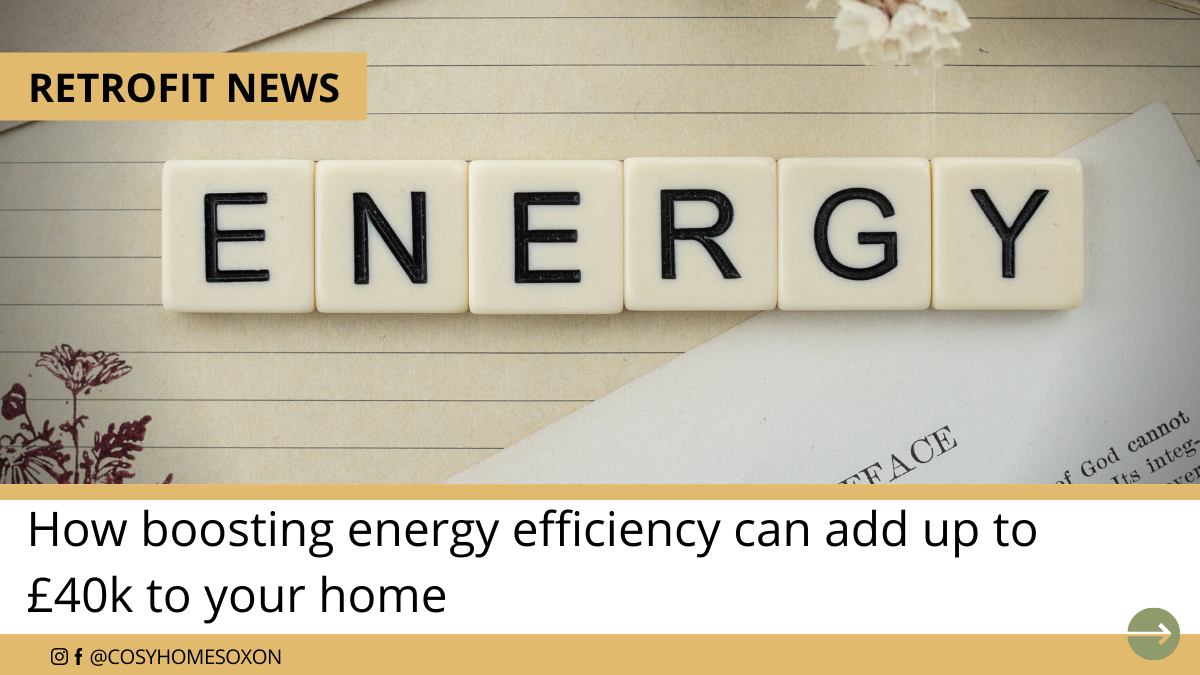 Boosting energy efficiency could add up to £40k to your home

A study by Halifax bank has revealed that improving the energy efficiency of your home could increase its value by as much as £40k. It was found that environmentally focused buyers were willing to pay more for a home that had the highest Energy Performance
Retrofit news
Retrofit News 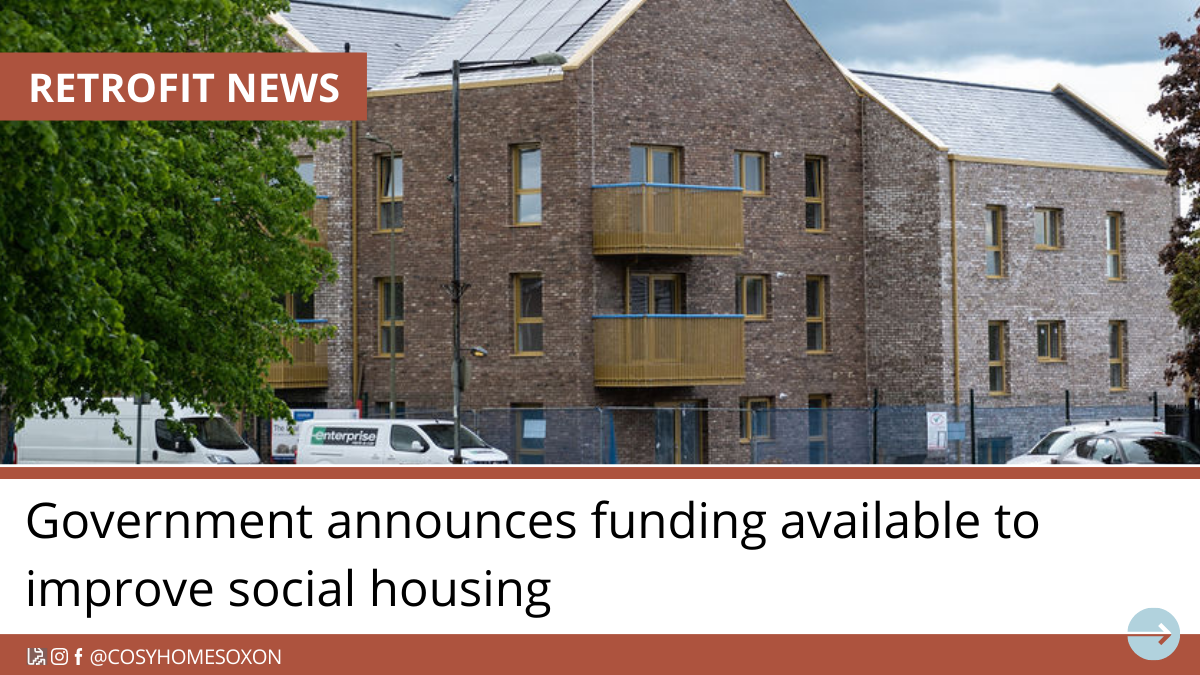 In August the government announced that social housing in England will benefit from becoming warmer, greener and cheaper to run. Local authorities will have the chance to bid for government funding to make improvements to the social houses.  The release
Retrofit news
Blog post

Claim back VAT on your home retrofit with Cosy Homes Oxfordshire

“Cosy Homes Oxfordshire allowed me to receive a £5,000 VAT refund from my home retrofit work that I hadn’t expected to ever see again – thank you so much!” said Trish Lunel, one of our early clients. Rules on value-added tax (VAT) – the
Building professionals, Energy tips, Retrofit measures, Understanding retrofit
Blog post 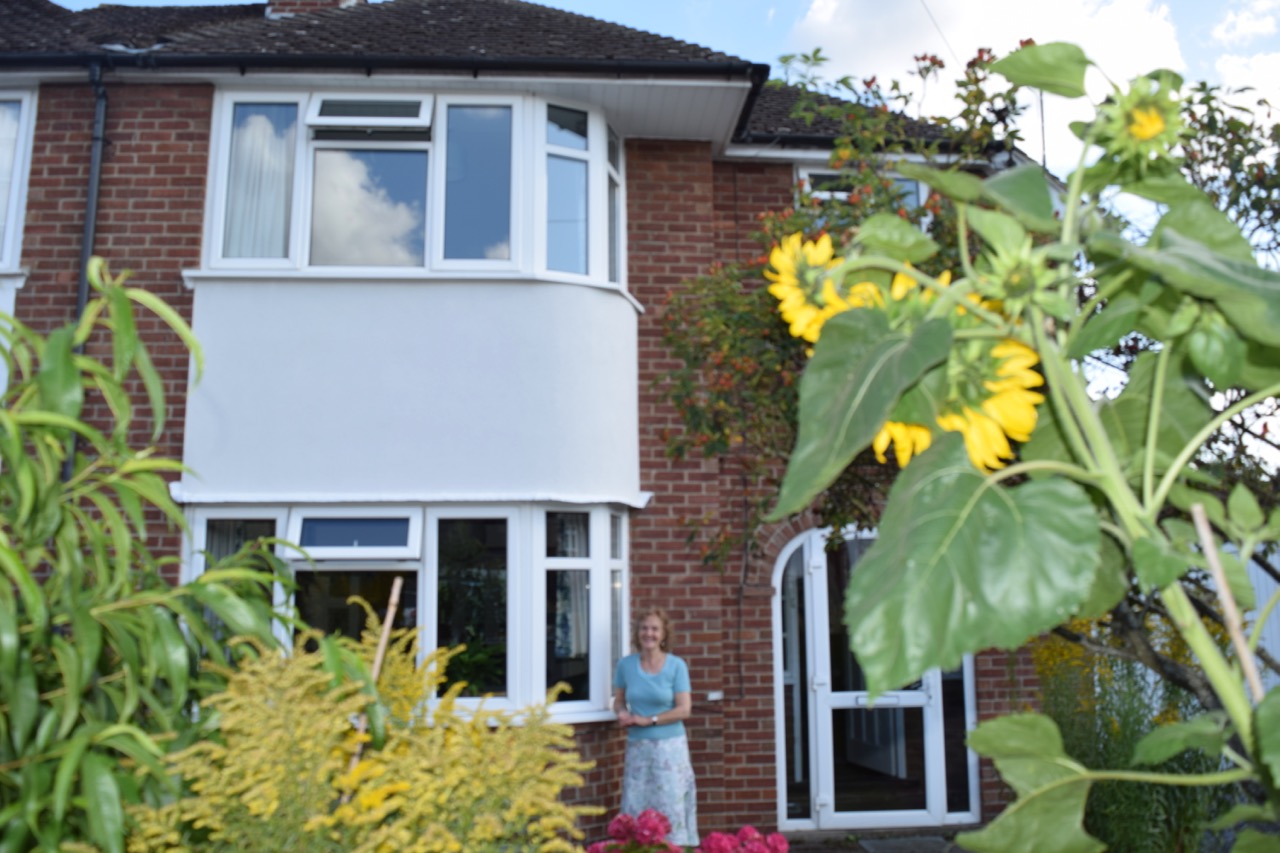 A community member’s personal experience of home retrofit in Abingdon

Anne and Richard are active members of Abingdon Carbon Cutters, a low carbon community group with a strong interest in retrofitting, which became a Community Advocate Group for Cosy Homes Oxfordshire in 2020. The couple decided to use the services of Cosy
Case study, Climate Change, Our service, Retrofit measures, Sustainable living
Retrofit News 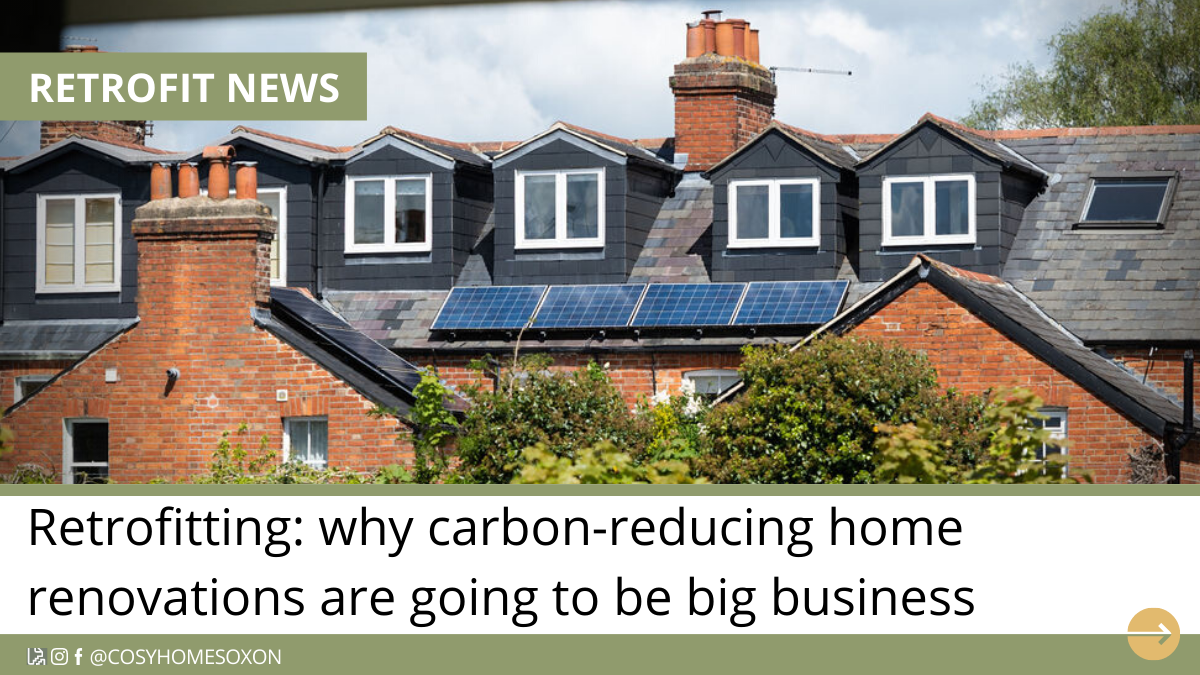 Retrofitting: why carbon-reducing home renovations are going to be big business

The Guardian featured the People Powered Retrofit programme by Carbon Coop, including an interview with Boris Afinogenov, who retrained as a retrofit installer with Carbon Coop after leaving his job in sales. The article also highlights their community shares
Retrofit news
Retrofit News 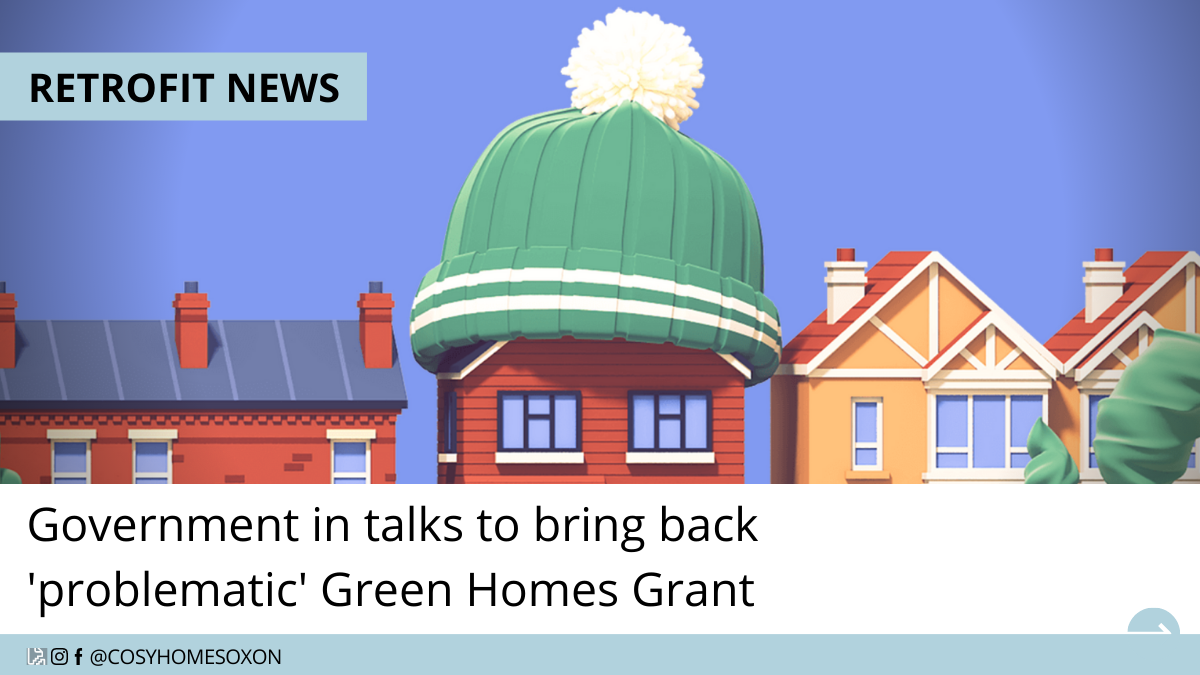 Government in talks to bring back ‘problematic’ Green Homes Grant 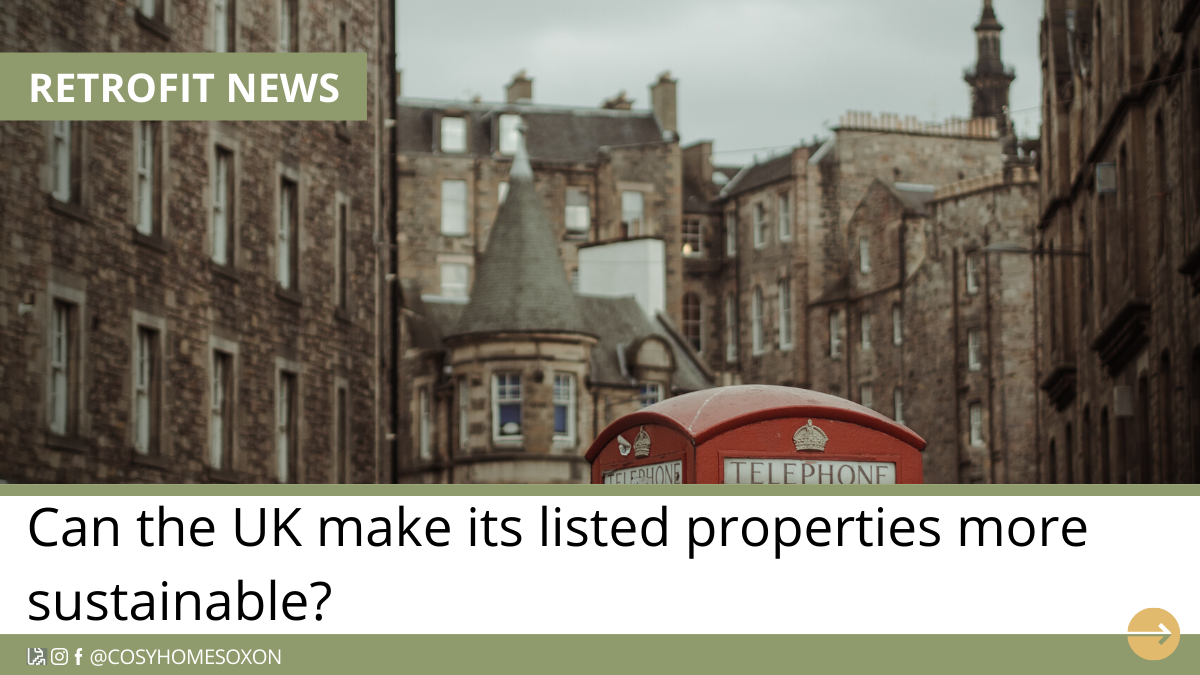 Can the UK make its listed properties more sustainable?

The UK has an abundance of historic buildings, including listed buildings which have limitations on how they can be changed. These older buildings inevitably have energy loss issues – including issues like damp and mould which also cause health and
Retrofit news
Retrofit News 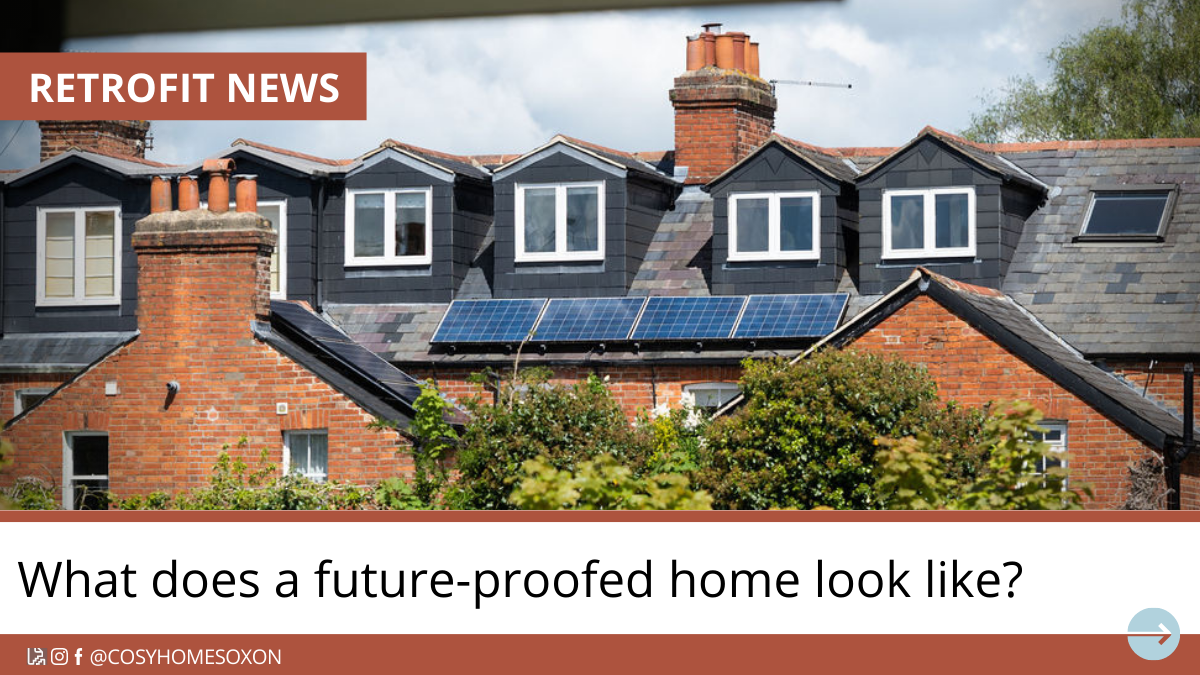 The BBC have reported on a home in Wheathampstead, Hertfordshire, which has been ‘future-proofed’ by its owners to minimise the home’s environmental impact and to reduce the threat of climate damage in the future from events such as
Retrofit news

© Cosy Homes Oxfordshire 2022 All rights reserved
For a better viewing experience we recommend you upgrade your browser.